What is your nightmare scenario?

Mine was creating a video by committee. To be avoided at all costs.

Three weeks ago, a client got in touch about a video for a charity fundraiser. It should be created like the one I had done for him a couple of years back. The deadline would be tight, though. The video had to be ready for the week of the 17th of December, which gave me just 20 days to complete the project.

To put you in the picture, a couple of years earlier this client had handed me 15 video clips with a total viewing time of 9 minutes that he had taken on his iPhone. The task was to transform the clips into an information video about 2 minutes long.

What could go wrong?

Fast forward from D minus 20 to D minus 10, the Monday of the week before Deployment of the video.

I had in front of me:

On the Tuesday morning, D minus 9, I finally received an outline for the content that could easily have generated a half-hour documentary. It also came with a flyer that finally clarified the goals of the campaign.

The 80-second video was to support an international fundraising campaign aiming to raise a 7-figure sum on 3 continents. 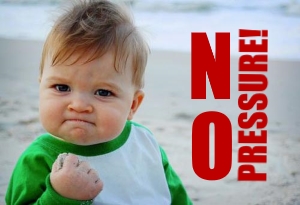 By Tuesday afternoon, I had drafted a 192-word script for a video of approximately the desired length.

My most pressing concern was to get the script approved by the client, that is, the committee because nothing can happen without the voiceover recording. Everything pivoted on the voiceover, which together with the underlying soundtrack determines the visual rhythm of the video.

And then a miracle happened.

The committee reacted faster and more decisively than many of my individual clients in the past.

As a result of such incredible collaboration between the committee members across two continents, I received the approved final version of the script late lunchtime on Thursday. I could now send it to a voiceover pro who was willing to work at the weekend (thank you, Jeremy).

By early afternoon on Friday (D minus 5), just before downing tools, I had trawled the 589 clips to preselect suitable clips for the video, sourced a fitting soundtrack, generated a storyboard and scheduled the recording of the voiceover for Saturday evening.

Meanwhile, ‘D minus 5’ changed into ‘D minus 4’ as the video was now intended for the first showing on Tuesday evening.

On Sunday late afternoon, D minus 2, the first cut went to the committee who, again, reacted with incredible speed. Thanks to their support, both versions of the video, for YouTube and Facebook, were ready and uploaded to their Dropbox folder by midnight.

I guess I have to revise my opinion about working with committees.

Next post: 3 Questions About Social Media with Jay Blake