How Useful Are Automated Videos?

Every time I publish an article on my blog, I receive an automated video.

“It’s so easy,” they say, “you don’t have to do anything. You publish an article and we deliver a professional looking, quality social video for your article directly to your inbox that will…” 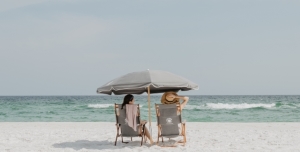 Well, take your pick but my preferred outcome would be: ‘make me a million without having to lift a finger while sitting on the beach and living the laptop life,’ or some such variation on the theme.

Yeah, right. Bring it on!

So, how come that I keep receiving such miraculous automated videos? And do they make any sense at all?

A few months ago I was offered a free subscription to a platform purporting to turn blog posts into social videos ‘in five minutes’. The platform was ‘powered by artificial intelligence’ that would make life so easy.

I accepted, of course. Who am I to opt out of the easy life especially when powered by AI?

Well, the result of my first test wasn’t all that hot.

Once I understood how the platform worked, I managed to create a passable video with it. Correction: I managed to create, eventually, passable raw material for a video. Creating even that basic starting point took more than the allegedly required five minutes only.

First, I had to write a script that fitted their algorithm.

Then I had to tweak it to get the timing right and to improve on their selection of images and clips.

Finally, I chose a soundtrack and downloaded the result to spend a fair amount of time on it with my video editor to get it to look the way I wanted.

You can see the result here. 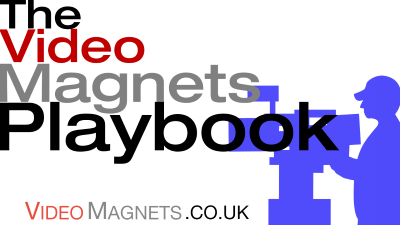 It looks like the easy, AI enabled, cocktail sipping laptop life on a tropical beach would have to wait a little longer.

But, I hear you ask, what do their automated video look like? Maybe I’m too fussy and their videos would do nicely for most other people? 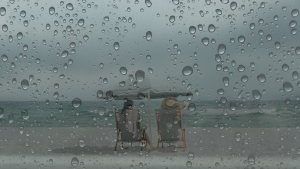 Initially, I did not intend to squander more time on running another test on this platform but last week’s automated offering proved too tempting to let it go to waste.

I had published a blog post where I had looked at the growth of computing power on my desk over the last thirty years and asked whether my productivity had kept pace with the advance from kilo- to mega-, then giga- and now terabytes at my disposal. (You can read it here.)

Have a look at the article before you watch the video. It helps make sense of it. The video is as generated by the platform. The only exception is the soundtrack. I chose it very quickly from their selection, clicked Render and downloaded it. I did not do anything to the video myself.

The video is 75 seconds long, produced for social media and powered by AI:

I found it hilarious.

Absolute nonsense if you didn’t know the content of the blog post. ‘Powered by AI’ did not deliver quite what we expected it to.

Would you use such a video for your social media accounts?

If you would like to know what needs to go into making successful videos for social media, blogs and websites, join me in my Videos for Professional Services Facebook group for lots of helpful content and direct support by the community and myself.