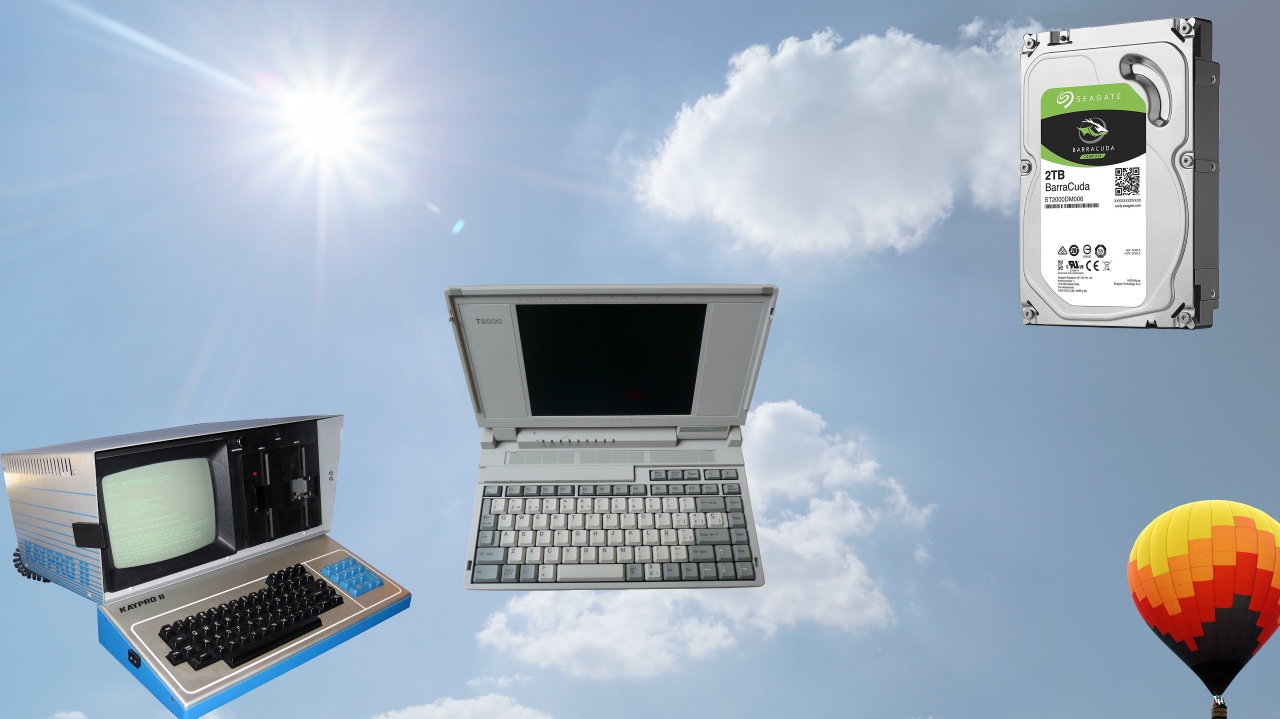 On Wednesday, 4 weeks after my hard disk saga kicked off (see here if you haven’t read it), I finally received my 2TB Barracuda drive for my editing machine. It works.

That made me think.

How much more productive has technology made me after 30 years of computer use? 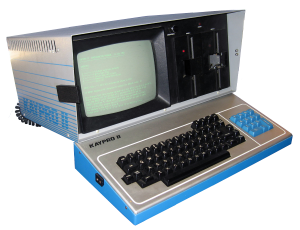 Back in the day, my first computer was a Kaypro II. I had bought it in 1984 because it came with free software that could do footnotes.

Yes, I wanted both, portability (well, just-about-luggable would be more apt a description) and the then unheard of ability to create footnotes. The King of word processing programmes of the day, Wordstar, couldn’t do footnotes. Instead, through sheer incompetence, it became responsible for those dreadful end notes fashionable in the academic world.

The Kaypro II ran CPM on a Z-80 processor with 64k of RAM, had two floppy disk drives with 192KB each and a ‘large’ green monitor that gave me the mother of all headaches after the first four hours of use.

Oh yes, I almost forgot, I also had to sign a service contract immediately on purchase as the read/write heads would go out of alignment every so often and without warning. But it still made re-writing and editing so much easier than even my electronic typewriter. And did I mention that it did footnotes? 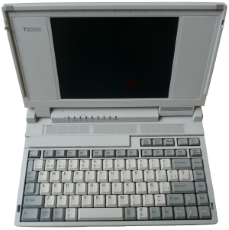 Two years later I traded up and bought my beloved Toshiba T2000, a beauty of a laptop (despite its 3.1 kg and no batteries). It sported an 8086 processor clocked much faster than the IBM PC, ran on MS-DOS 2.11 with 128KB RAM (or was it 256KB?) and offered two 720KB floppy disk drives. Its orange gas plasma screen was a spa for sore eyes. Never mind how long I spent glued to the screen, my eyes never tired.

For word processing, I opted for a then little known and slightly exotic programme called MS-Word. It was far less feature-rich than the ruler of that period, WordPerfect, which was both, extremely user-unfriendly and hugely powerful. MS-Word, though, was much more intuitive to use. And as it did footnotes, it was a no-brainer never mind that it came a distant second or third in the power feature pecking order.

To return to our theme, in the name of increased productivity, I had moved from the Kaypro’s user-friendly CPM and PerfectWriter to Microsoft’s Dirty Operating System and MS-Word.

In spite of the MS-DOS drawbacks, it made quite a difference.

Document production was much faster (productivity gain), a lot easier on the eyes (health & safety improvement) and compatible with clients’ systems (time-saving and a higher level and quality of service).

How can we measure these gains?

Let’s assume that computer storage capacity is a suitable proxy. (OMG! I’ve just fallen back into old habits – I’m talking as an economist.) In these terms, I had doubled my productivity, increased my mobility (the Toshiba did not require a service contract; it was that reliable) and improved my enjoyment of life (I prefer orange over green on black).

As an aside, where are the powerhouses of that time now?

WordPerfect, well not quite gone but hanging out, just this side of oblivion, with Quattro Pro, a spreadsheet programme that ran rings around the fledgling MS-Excel. If you want to check them out, both are still being sold as part of Corel’s WordPerfect Office suite.

Be that as it may, thirty years ago our dream was something like my Toshiba but with an affordable 5MB hard disk. And a battery. It would have solved, for many years to come, all our storage problems for the books and papers that we were writing and were going to write. 5MB would be more than enough.

Or so we thought. 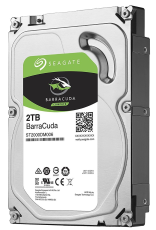 FF to last Wednesday and the arrival of my 2TB hard drive without which I wouldn’t be able to edit the 90GB of video and audio files of the interview I had recorded a month ago.

I paused and took stock.

Thirty years ago, we had dreamed of an affordable 5MB hard disk as a solution to all our problems.

With my recent, highly affordable 2TB1 disk, I have about 10TB on and below my desk.

How much productivity gain has that brought me?

Definitely not. But I am under more pressure to produce more all the time with definitely not 7 million times more reward.

What about your productivity gain in the last 30 years?

Comments on this entry are closed.

Previous post: Customer Service – Do You REALLY MEAN it?