How Many Uses Does A One Trick Pony Have And Why Is This Question Important? 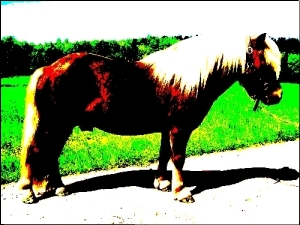 Picture this: Two companies, each producing just one product according to their own secret formula. That’s all they do and have done ever since they started.

How large can these companies possibly be and why?

Hint no.1: They are both leaders in their respective markets. Globally.

Hint no.2: They are both called after their own product but one is 38 times larger than the other.

Do you have the answer yet? No?

Alright, here is Hint no.3: One product has an alleged 101 uses while the other has documented 2,000 uses (you can download the pdf that lists them).

What do they do? Which markets are they in? 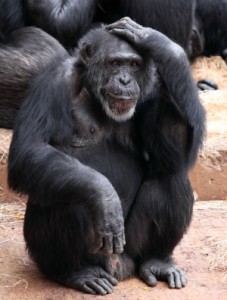 Now you can tell me who they are. What? Still mystified?

OK, let me tell you:

One company has been going strong for over 100 years, the other one for over 50 years.

One produces carbonated sugar water, the other a water dispersant spray.

The former is called Coca-Cola and the latter WD40.

Why is Coca-Cola a household name all over the world with 38 times the revenue of WD40 when WD40 has documented 20 times more uses for their product than the 101 alleged uses of Coca-Cola?

It can’t be the ‘usefulness’ of Coca-Cola.

Of course not. The answer lies elsewhere.

Both companies have great websites and both decided 5 years ago to grasp the future. They both set up Youtube channels.

Coca-Cola has 58 times as many videos as WD40. Coca-Cola serves all their customers in their own language, while WD40, a company operating in 160 countries, has videos only with English titles and scripts. WD40’s most popular video has 254,000 views, while Coca-Cola’s best went viral with over 22 million views in January of this year.

Here is why my One Trick Pony question is important: 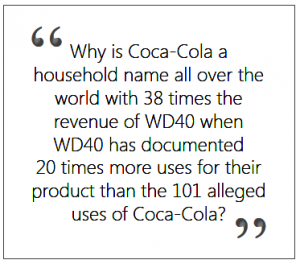 Coca-Cola has become the gigantic One Trick Pony because someone in the company understood, in a manner of speaking, that WD40’s 68 videos in 5 years are simply not enough. That’s why Coca-Cola has 3,988 videos and counting on their Youtube channel.

Now I have a question for you:

Given this overwhelming evidence, can you explain why the vast majority of experts providing professional services, who by definition are NOT one trick ponies, think that having just one or at best a handful of videos on their website promoting ALL their services is enough? And why do most of them think that they don’t need to do anything to promote their videos?

Promoting your videos, making sure that they are seen and get you more clients is not rocket science (WD40 was a rocket science company: its original name was “Rocket Chemical Company” and its product, WD40, was destined for the NASA space programme).

If you don’t want to fall into the WD40 trap, you need to adopt a simple system: The 3 Key Steps that will get people to SEE your videos and generate more clients.

You can find out more about it here:

Next post: HELP! How Do I Get My Ideal Clients To Find Me And Love Me?