The Real ROI of Online Video 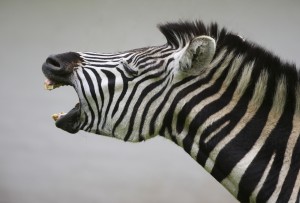 Online video is the future. True or false?

False. Online video ins’t the future any longer. It’s already here. If you are not using video to promote your business, you’re losing out.

At any rate, that’s what we are made to believe. But where is the proof?

Well, video marketers give us statistics on video engagement, view rates and drop off points. Why? Because these are the variables they can measure. That’s why they harp on about them.

In real world marketing, especially for local businesses, only one variable decides whether a campaign is successful and generates profitable ROI: money in the bank. And the principal variable that determines money in the bank is the conversion rate of prospects into paying customers.

How do we measure the real ROI of online video?

The bad news is that we cannot easily set up a laboratory and run split tests measuring video on a website against money in the bank.

The good news is, that one of my clients did actually run a double split test for us, albeit inadvertently. And the result not only gives us the real ROI of online video, it is also scary.

Let’s look at the results.

My client is a local business providing specialised construction services. As it turned out, he ran the ideal test for us because he did it in two stages. The first stage shows us the direct impact of online video. The second stage isolates one crucial variable and shows us what happens when this variable is absent. The results are in equal measure phenomenal and devastating.

Stage One:
Right from starting his company, his response to an enquiry was to visit the prospective clients rather than dealing with them over the telephone.

After running his company for a while he decided to create information and explainer videos for his service with himself doing all the explaining and informing. In the end he had created some 20 videos for his website.

His conversion rate had tripled only because he had embedded videos on his website. His prospective customers viewed the videos, engaged with him and already trusted him implicitly when he arrived to talk about what he could do for them. Why? Because through his videos they had already established their relationship with him. His videos had transformed cold calls into a warm market. As a consequence, his conversion rate had shot up.

This interpretation of his results was directly verified by the events that followed.

Stage Two:
After a few changes in back office personnel, he decided do train his new right hand man to answer enquiries and send out quotes while he would be more closely involved in service delivery. Client acquisition was now done from the office rather than by visiting prospective clients.

To cut a long story short, his conversion rate plummeted back to only 2 prospects out of 10 becoming paying customers.

Why? After all, he still had his videos on the website. Had the videos stopped working?

This is the first part of the results obtained from this inadvertent split test. It confirms that for local businesses, the key to success is building relationships. In my client’s case, the videos did it for the boss. When the boss moved from working on his business to working in his business by outsourcing the most important aspect of his business, client acquisition reverted to operating in a cold market.

The realisation of what this really meant for his business only hit home a couple of weeks after we had had the discussion about the change in his conversion rate.

While he seemingly accepted the status quo, I could not rest because I needed to understand the implications of this change. Eventually, I called him and asked for a detailed breakdown of his figures.

I asked him two simple questions:

I quickly ran the calculations because I already knew his conversion rate. When I told him the result I could hear him going pale at the other end of the telephone.

Here is the result based on his own figures:
Through his website alone, his business now generates annual revenue of £370,000.

By applying the earlier, much higher conversion rate that he had established at the time when he had gone out to visit his prospective clients, his figures showed that he had left annual revenue of £740,000 on the table.

This means that he had flushed twice his current, online generated revenue down the toilet because with all the changes he had introduced in his business, he had primarily done one thing: He had disempowered his videos.

Fortunately, there was a very bright light at the end of the tunnel. All he had to do was to return to client acquisition himself. Because his videos were still in place, he could simply switch on their power to build relationships. And turn £370K annual revenue into £1.1million. 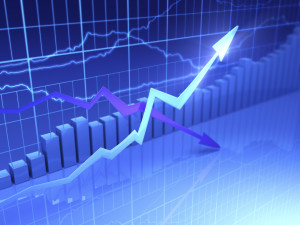 Previous post: Where Do the Scales Tip – For or Against?