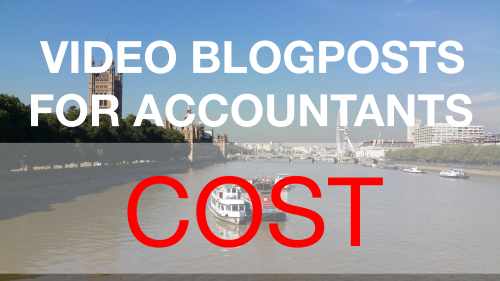 Creating videos and blog posts will take time and does cost money.
This major concern was clearly expressed in response to my recent survey about Video Blogposts for Accountants.

What, surprisingly, did not seem to have been immediately apparent to many accountants is how best to approach this question. In this article, I’ll deal with the cost of video on your website. The time it takes to create videos will be the topic of the next one.

Cost of Video – Expense or Investment?

“Video is expensive.” This is one of the most persistent myths that stops many business people, especially SMEs and professional service providers, from benefiting from the power of video marketing.

Here is a first 90-second stab at it: 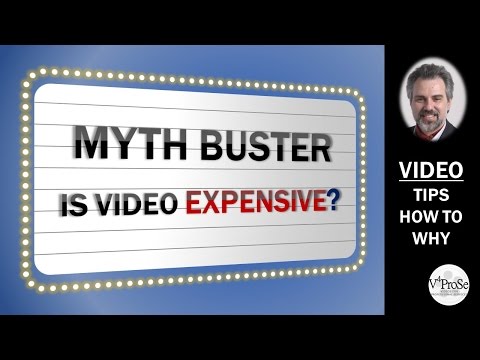 In the video, I talk about ‘video’ and ‘expenses’ by comparing two prices.

Let’s break this argument down.

Households have income and expenses. Money in leads to money out leads to money gone. Households don’t promote themselves as households. When they create videos, it’s for fun, for the family, ‘for the grandchildren.’ It costs what it costs as long as they can afford it and, in many cases, even if they cannot afford it. 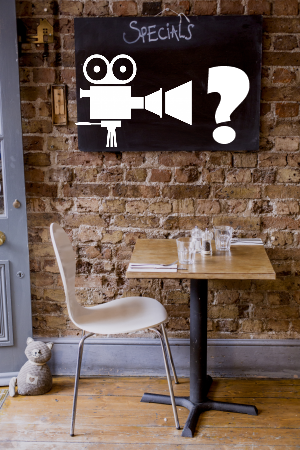 Why do so many small businesses, accountancy firms included, regard videos on their website as an “expense” for their business rather like households instead of putting their ‘business head’ on?

Shouldn’t we rather look at video as an investment that creates an asset, which will generate a return that is a multiple of its cost?

Of course, expenditure on such an asset must stay in proportion to its business potential.

It would be crazy to spend tens of thousands on a video if the life time value of a new client is something like £3,000 or £4,000. But would it be worth spending £600 or even £1,000 on a series of video blogposts if the website then generated ‘only’ one new client per year? What about acquiring two new clients who would not have come on board otherwise? 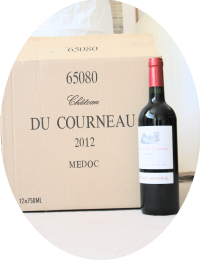 A couple or so of years ago, a client sent me a case of wine. Much later I discovered that he had acquired a new client through one of the videos I had created for him. That new client had found the video on YouTube, and the revenue generated by this transaction had dwarfed the cost of the entire video programme.

Yes, it is possible, and it happens all the time.

But it will only happen, if we stop viewing video and video marketing as an expense incurred by a household and regard it as an investment undertaken by a business, instead. With this perspective, we’ll also discover that correctly executed video campaigns generate the highest ROI of any online and many off-line promotion strategies.

This, ultimately, is the result of video being the most magnetic online medium. It is simply the most powerful online promotion and attraction tool bar none.

Would you like to test drive a video blogpost?

I invite you to test what a video and blogpost would look like on your website. This invitation is without any commitment on your part. The video blogpost is free with no strings attached. You can download it here.  And you’ll keep it. All you’ll be asked in return will be some feedback if you feel like it.

In the next article, I’ll talk about the time it takes to create a video.